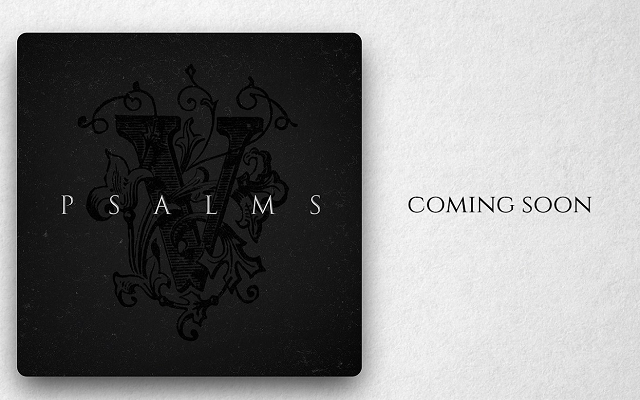 Yesterday Hollywood Undead dropped a cryptic teaser on social media featuring an unheard instrumental and a cryptic numbers sequence.  Fans were quick to put together that the numbers 16 19 01 12 13 19 translated into the word “Psalms”-

This was followed up by concept artwork from HU’s resident artist Acrafagor, featuring a stylized V that was shown briefly in the band’s official teaser-

Now, Scene for Dummies brings you the first reveal of the track list for this upcoming release, confirming its status as the long rumored 2018 EP!

The EP is set to feature five songs, originally slated for monthly releases according to Charlie Scene in our interview from back in April.  Fans will finally get to hear the recently teased “Bloody Nose”, as well as two new songs “Live Fast Die Young” and “Something to Believe”.  The Summer’s earlier singles, “Gotta Let Go” and “Another Level” round out the track listing to keep the five numerology theme alive.