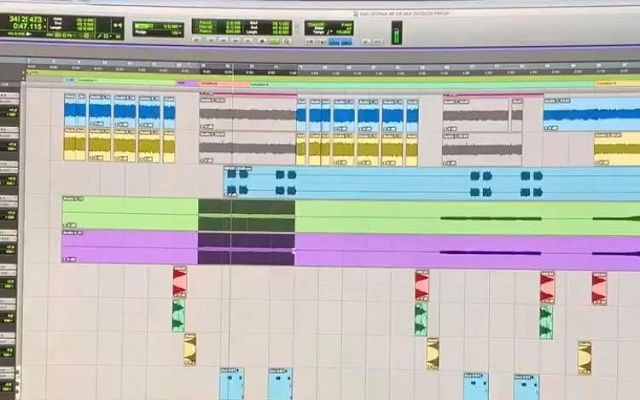 If you follow us on Instagram you may have caught wind of this news last week, but in case you missed it, it looks like we may have our first glimpses at song titles from Hollywood Undead’s sixth album.

As a disclaimer, readers should note that the album is still in the works, so all of these should be treated as working titles for now, as they could easily change between now and release, if said tracks even make it onto the final album.  2018’s Psalms EP is a good example of how sometimes songs may not make it onto the album they were originally written for.

Just prior to New Years, producer Matt Good shared some progress update clips for the new HU album to his Instagram story tagging fellow producer Joey Sturgis in one clip featuring a guitar.  Further review of the clips reveals the following titles for the still in progress tracks-

Time will tell if these names are final, fans may recall the famous “Johnny 3 is gonna put you in the dirt,” clips that were posted while Five was still in production, and that track ultimately ended up being released with the name “Pray” (albeit with a “put you in the dirt” subtitle).

What are your hopes for these tracks?  Are you hoping for heavy songs, softer ones, rock or hip-hop or something else even like country or industrial?  Be sure to sound off on social media and let us know!