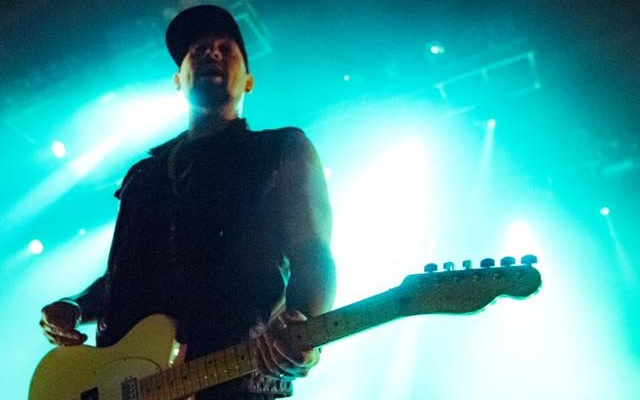 With press promotion starting to pick up for the new (and still untitled) Hollywood Undead album, we’re slowly getting a more complete picture of what to expect in terms of new music.

When the tracklist for Five was first revealed, many were caught off guard by the inclusion of a featured artist in the form of Cypress Hill’s B-Real.  Historically, HU has leaned away from featuring other artists on their albums, but that pattern seems to be ending.

During the High Times livestream in late December, Charlie Scene commented that the album had been recorded at Madden Studios, a logical locale since the band has been managed by MDDN for a few years now.  For those not in the know, MDDN is a talent management company based out of Los Angeles that was founded in 2015 by the Madden brothers Benji & Joel, more famously known for their work as members of the band Good Charlotte and their side project The Madden Brothers.

In the livestream Charles also mentioned that “they’re featured on the record”, but did not go into specifics.  #HU6 producer Matt Good also dropped a hint in his Instagram story, with a pic of his monitor featuring audio tracks lined up for vocals by Johnny 3 Tears and Benji, which we also previously shared on our own Instagram account-

Between these two pieces of info, and a recent podcast appearance by J-Dog and Danny on Lead Singer Syndrome with Shane Told (which we’ll be covering in more detail later), its now a safe bet to say that Benji Madden will be featured on an upcoming track by Hollywood Undead.

We’re expecting news on the sixth HU album to start coming in at a more rapid pace as we get closer to a more formal announcement and marketing campaign, so be sure to follow us on social media with the handle @scnfdm on most major networks!