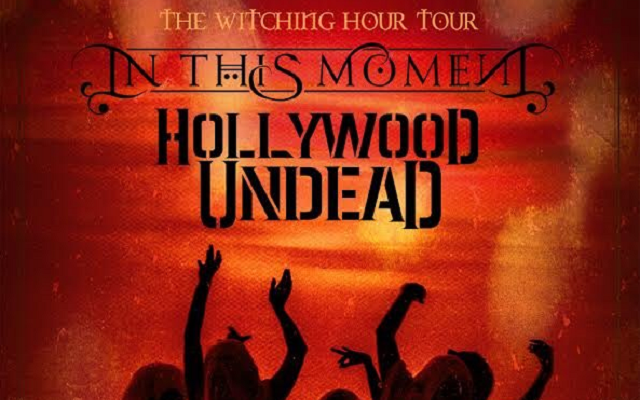 This April Hollywood Undead will be joining their former tour-mates In This Moment, with special guests The Word Alive and Ded on The Witching Hour Tour for two special dates in April in Denver and Salt Lake City.

HU will only be performing during these two dates on the tour (at least so far, plans can always change), similar to how In This Moment only performed on the Canadian leg of the North America 2017 Tour.

DENVER and SALT LAKE CITY
We’ll be coming to you April 18 & 20 with @OfficialITM, @TheWordAlive & @weareded !

We’re happy to be joining The Witching Hour Tour this April w/ @OfficialITM and @weareded!

Tickets go on sale this Friday and include 2 special dates w/ @hollywoodundead.

Head to https://t.co/SdynrWBsH3 to see what cities we’ll be hitting! pic.twitter.com/ovjz886P59

Scene for Dummies will be on-site for the Denver show, stay tuned for more information, and be sure to follow us on Twitter where we are Retweeting any and all pre-sale passwords we find for these shows and more as they become available.

Tickets go up for sale Friday, February 9th at 10AM Mountain Time.  For up to date information on Hollywood Undead shows and tickets, be sure to check out the Scene for Dummies Tour page.

We are expecting more tour announcements in the coming days so keep checking back for more as it is announced!