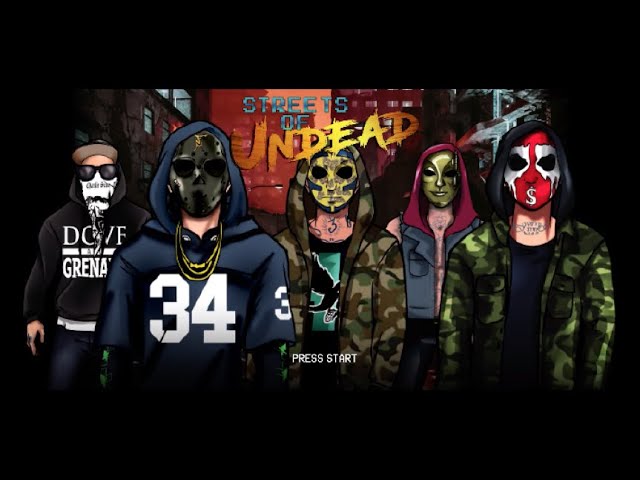 The below is an official press release published to media outlets in support of last months “Heart of a Champion” remix featuring Papa Roach and Ice Nine Kills.  Hollywood Undead’s Johnny 3 Tears joins the front-men of the other two collaborating bands to discuss the collab in brief with the rest of the press release discussing the history of the track and the band’s plans for the then newly unveiled New Empire Volume Two.

The platinum-selling quintet Hollywood Undead are proud to announce the release of the second part of its two-part opus’ “New Empire”!
“New Empire, Vol. 2” was produced by Matt Good (Asking Alexandria, Sleeping With Sirens) and will be released on Friday, December 4th via BMG / Dove & Grenade Media.
Parallel to the album announcement, the formation from Los Angeles is releasing a brand new version of the fan favorite “Heart Of A Champion“, which features top-class special guests such as Jacoby Shaddix (Papa Roach) and Spencer Charnas (Ice Nine Kills). The long overdue collaboration was implemented in January of this year when the three music titans were preparing for their joint European tour. Due to the Covid-19 pandemic, which unfortunately also brought the further tour plans of the package to an abrupt end, the publication was temporarily postponed.
Today the long-awaited all-star track is finally released, the corresponding video can be viewed here:

“‘Heart Of A Champion‘ is about fighting even when the situation presents itself as hopeless. Finding the strength to overcome all obstacles and difficulties,” said Hollywood Undead member Johnny 3 Tears.
“As soon as Johnny and Charlie and the boys talked about the idea, we were on board,” adds Jacoby Shaddix. “And the video shoot was like a reunion – before that we last saw each other seven months ago when we celebrated the demolition at a show in Germany”.
“I’ve always been a huge fan of Hollywood Undead,” said Spencer Charnas. “When we went on tour together last winter, we hit it off right away. It’s an honor to be part of such a strong song. And having Jacoby with us is the icing on the cake”.
The release of the track is accompanied by a clip for “Heart Of The Champion”, the visual aesthetic of which is reminiscent of legendary 16-bit video game classics such as “Street Fighter” or “Mortal Combat”. A newcomer to the Hollywood Undead collective also celebrates its premiere in the clip – the curious will find out exactly who it is at the end of the clip. The video can be seen here.
The first part of the two-part “New Empire” double album entitled “New Empire, Vol. 1” was released last February. The long player produced celebrated hits like “Already Dead”, “Time Bomb”, “Heart Of A Champion” or “Nightmare”. The music portal Consequence Of Sound praised the fact that “the band on` New Empire, Vol. 1` moves in a much harder framework than usual “. Inc. Magazine attested: “They have been successfully asserting themselves for fifteen years now in an industry in which careers are often only measured in months and are releasing a killer, new album”. And Billboard was also enthusiastic about the fact that “Hollywood Undead have absolutely no intention of shifting down a gear”.
Since the release of the first part of the two-part opus, the band has released two singles from the newly announced “New Empire, Vol. 2” album. Including the cross-genre smash hit “Idol”, on which the formation was supported by none other than the great rapper Tech N9ne, as well as the evocative single “Coming Home”. Johnny 3 Tears on “New Empire, Vol. 2″: New Empire started with the deconstruction of the society in which we live today. We took them apart bit by bit. New Empire will end with the redesign of a new world. The bell will ring to announce the end of the old world and the beginning of a brave new world”.