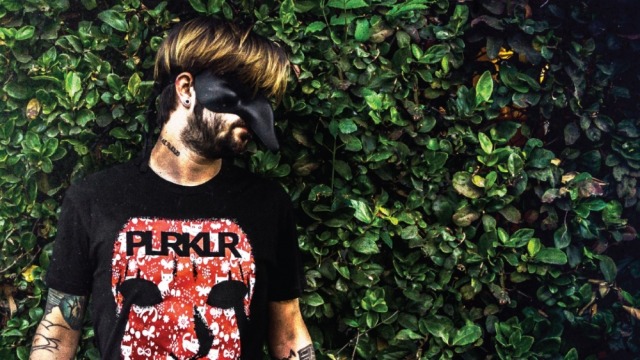 - Hello, Jimmy. First of all, introduce yourself to our readers.

- You have a great nicknames, haha!  Well, tell us more about yourself, like "Jimmy Yuma: The Beginning", your childhood, etcetera.

Jimmy Yuma: Hahah, thanks. Shit… Well.
Born and raised in Los Angeles, met Deuce when I was like 5, picked up a guitar when I was like 10. Never got good at guitar, started skating instead. Never got good at skateboarding, Deuce and I created some bands, I disappeared. Deuce went through a bunch of bands, he created Hollywood Undead. I appeared, and asked Deuce if he needed any help. He taught me how to studio engineer. I engineered his vox for some tracks for Hollywood Undead’s Swan Songs. Deuce asked me to record some of his own songs. Deuce/HU broke up, and he told me that I was going to play guitar for him, and if I didn’t learn the songs he would just mute me on stage. I learned the songs, played with Deuce on stage, did an interview with awesome Russian fans, and going to Russia to play on stage soon, stoked!

- Wow, you answered really well, haha! But… since this is interview, it’s time to go into details!  You said that you and Deuce create some bands back in the days, what’s up with that?

Jimmy Yuma: We were pretty young,

Deuce wanted to play guitar and I wanted to sing…

I wanted to cover Misfits and AFI songs and he wanted to write new shit. We tried a few times to write some stuff, he was pretty fucking bad ass at singing even way back then and writing. We tried it out with a few people on different instruments I think there is a cassette tape somewhere of Deuce covering “Halloween” by The Misfits when he was like 15 or 16. He pretty much killed it.

We practiced in my parents’ garage somewhere in the valley. After that Deuce hooked up with some other bands trying to find some kids to play with. I think he went through a shit ton of bands singing and playing guitar for them. He was getting pretty fuckin’ good, he has the funniest stories in the world from when he was young and doing that shit. I think his homie and he saw The Aquabats loading up outside The Viper Room or something after a show and his then-homie decided it would be dope as fuck to steal a guitar. They were loading in a van, right in front of them. I think they ended up running around all night trying to escape the wrath of The Aquabats and The Aquabats got their guitar back pretty easy. You got to ask him though, shit’s amazing. I went to a bunch of his shows, he’s a born commander, even way back then yelling at the audience to do what he wanted, even though half the audience was homies and shit. That about covers that, what about you, how did you get into music and what bands did you create? What’re your influences? I really don't know how the music scene works out there, I need hot tips for when I land.

- You were a singer? Man, that's a plot twist! This is great story, haha! Well, next step was Hollywood Undead era. Many fans got misleading information about your role.  I know you were a studio engineer, and also you designed Deuce’s mask, right?

Jimmy Yuma: Haha yeah, wasn't actually a singer, tried for sure though. In the early Swan Songs days, before the first tour, Da Kurlzz asked me to design his mask. I said yep and he was stoked with how it turned out, it was based off of his ideas. Deuce asked me next and I did a quick mockup for his mask. He and I came up with an anime type chrome mask (the Deuce mask).

The rest of the band was stoked on both masks and then everyone in the band wanted a mask designed. Each of the masks were based on their own ideas. I just did the basic artwork for them so everyone could make tweaks and have final masks. I did the designs, but they were based on what each individual member asked me to do. Then I turned over all my files to the dude that actually/physically made the masks and he made the molds of their faces and put my art in, carved it, etcetera. They all came out super sick and everyone was stoked. Then Deuce left and they all made glowin' the dark goblin masks but Deuce kept his style. Hollywood Undead was already going on by the time I reappeared in this world, and that’s when I started to engineer for Deuce. Deuce asked me to control the live sound for Hollywood Undead, and I was more than happy to do that shit. Everything was good with the band and we were all happy and shit with my role and supporting the band and shit. I was never actually in the band or anything, just crew. I went on 1 or 2 tours with them running sound (DJ type setup for all the strings and synths and drums and shit that was in the backing music), and then after that there was a rough patch in the band and I was told to fuck off by the band (not Deuce) and Hollywod Undead’s management and label. I kept engineering for Deuce, doing his music and when he went back on tour about a year later I went with him as his "assistant", just helping him and the band out with whatever they wanted. I was basically a roadie, helping with equipment and getting them shit (not live shit), but mainly helping out Deuce with his studio on the road on the bus and shit while he wrote new shit. That was the last tour I went on and I think that was the last tour he went on as well.

- After that, you were helping Deuce setting up for "Nine Lives" release. I remember, back in the days, these pictures was floating around the web, could you tell us more about that videoshoot, and what happened to it?

Jimmy Yuma: Yeah! After that, Deuce was just writing, getting my help recording, and engineering and stuff. We tried to film a video for “Don't Approach Me”, and it came out pretty good but we realized we needed better equipment and stuff and had to reshoot most of it. It was a brutal ass video, lots of murders and stuff but never got to finish it. Those peeps in the photos were working on her video with us, and Mark later came and did front of house for us on the Fight to Unite tour #1.

- Unreleased video? Interesting haha! Too bad it's buried.  What about tour life?  Did you enjoy it?  Like rocking on the stage, meeting the fans. Do you have one crazy story from tour for us?

Jimmy Yuma: Yeah I know! It was okay, but we didn't have good enough shit ahaha.  Yeah I had a great time, loved touring with Deuce at all points.  With Deuce it was fucking amazing meeting all the fans, and helping them meet Deuce and chill with him and shit.  Being on stage is probably the fucking dopest thing ever, I don't know how to describe it, but I always try and grab fans/homies and bring them up there to join in on the mic, so I can share it.  Yeah, crazy stories.... shit.  Got plenty of them: Deuce BJ in the bathroom while Deuce Crew & Drownin Pool dudes throwing fireworks in there, and all around blowing the place up and then the cops rolling up, that was fucking insane, trading kisses for duct tape so I could fix equipment, getting pulled into the audience by a 45 year old meth addict, jumping offstage into a hill and eating shit, breaking my guitar at the end of “America”,   meeting Prong (long time fan of theirs’) and having them insult the shit out of me was awesome, having Aaron Lewis from Staind ask "What’s for chicken?" in the tour dinner line, having strippers cry as they leave our RV.  Yeah plenty of fun shit man hahah, it really is a shit ton of work, but when you’re on stage it’s worth it.  The craziness doesn't seem crazy ‘til you think about it later anyways.

- You're recently started a clothing line "PLRKLR". What was the idea behind it, what we can expect in the new collection?

Jimmy Yuma: Yeah, PLRKLR is actually not really launched, something we are starting up.  We are about to do a lot with it hopefully, I have been designing for a while and making shirts, apparel, skate shit, etcetera for a lot of companies for a long ass time. 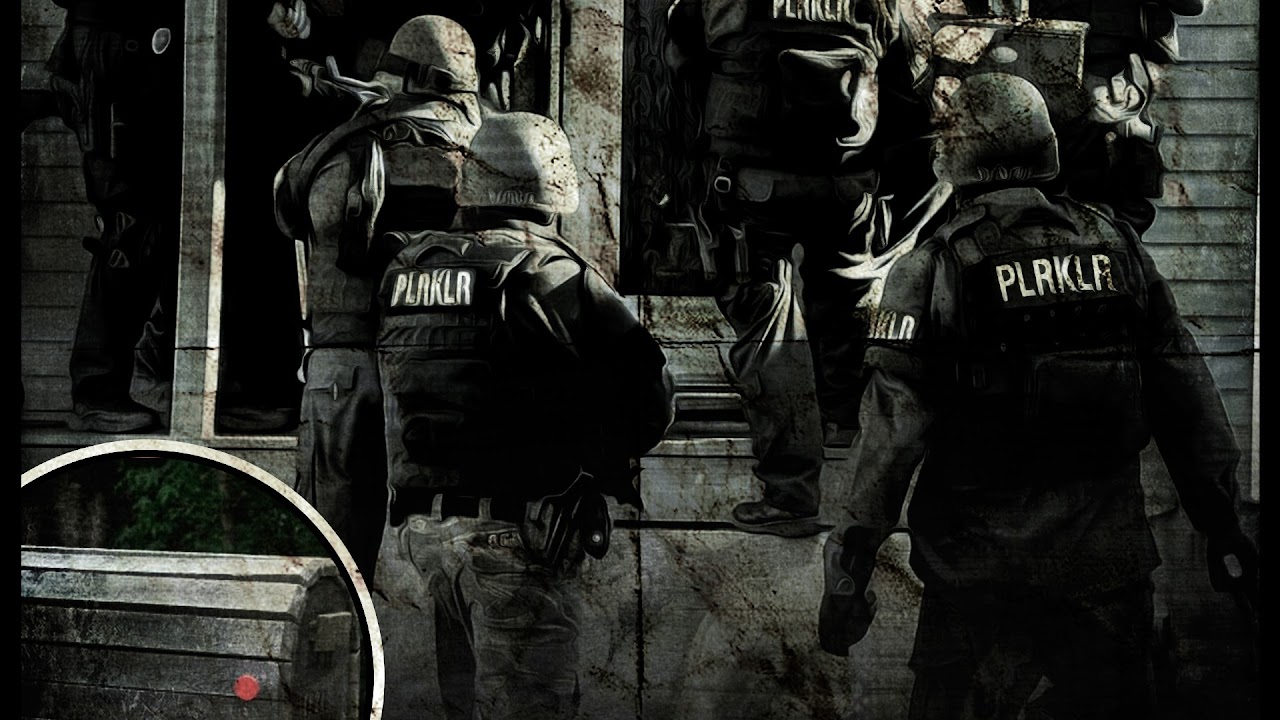 So, it’s something that is fun for me to do and I get to have a big outlet for creativity. I grabbed my homie Bone (designer/coder), and Tye (drummer for Deuce) got in on the business end. We really want to make some sick ass shit for kids to wear.  We want to open it to all of Europe and Russia and everything ASAP, but it’s something we kind of want to get right before we go totally all out on it. PLRKLR (player killer) is basically a way to let people know you belong to a minority of people that contain vast amounts of power and control. The new collection will have a lot of the artist's own designs and hopefully some women's gear as well. We shall see.

- Were you involved into recording process of the new album? I didn't see you on the videos, where are you, Yuuuuuuma?

Jimmy Yuma: Absolutely, James, Tye, and Deuce have been working on all the music and I have been engineering Deuce’s vocals and have been helping here and there with whatever.  It's coming out amazing, mainly just basic engineering though, super excited for how this album is gonna turn out.

- Any estimates on album release or a single or whatever?

Jimmy Yuma: No, not yet, that's a Deuce question for sure.

- Well, it least I tried, haha!  So, you will be in Russia in a few weeks, are you excited? 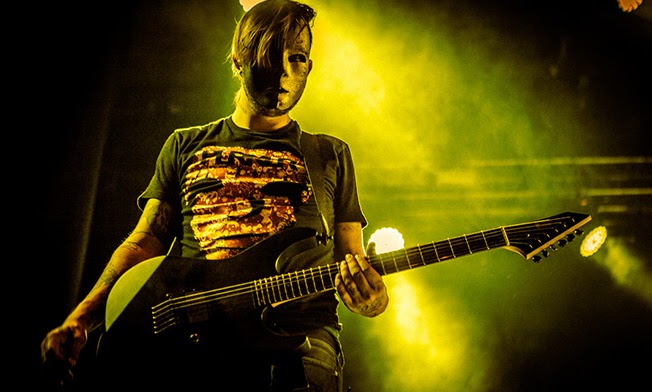