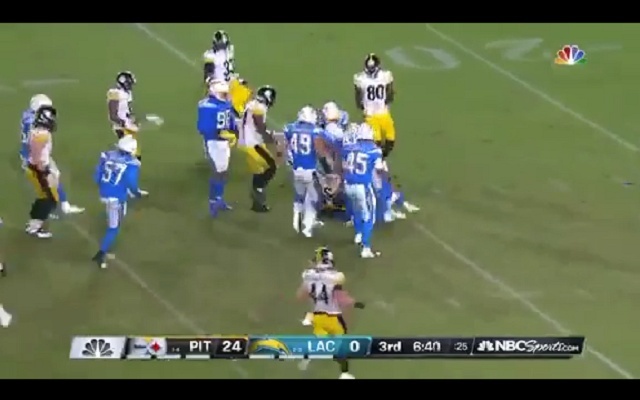 Feels like it’s been a while since we caught wind of a Hollywood Undead song playing during a sports broadcast, but hey, streaks are meant to be broken.  Reddit user u/l-x-lion-l first reported hearing “California Dreaming” playing during the third quarter of last Sunday’s Pittsburgh Steelers game against the San Di- *checks notes* …Los Angeles Chargers (really?).  Scene for Dummies was able to track down a clip of the instrumental for the lead single from 2017’s album Five playing during the lead into a commercial break for the third quarter, you can check the clip below-