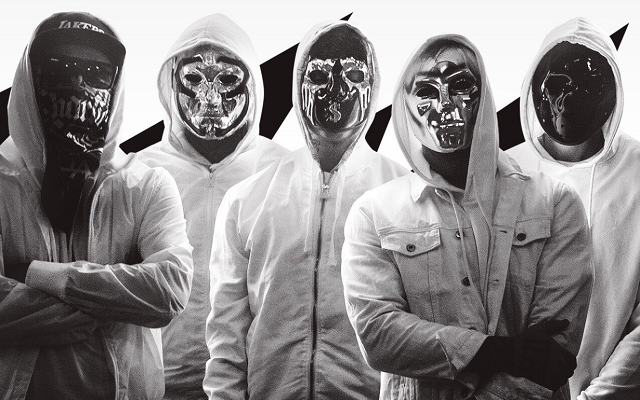 Attention all UK fans!  Hollywood Undead are running a contest on Instagram and Twitter through Friday, with a signed merch bundle and two free meet and greet tickets to any show in the UK in January.  Fans merely need to post a picture of themselves with the vinyl or CD on Instagram or Twitter with the hashtag #HUFIVEUK to enter, winners will be announced this Friday.  You can see the original tweets by the band below announcing the contest today-

1. Pick up our brand new album FIVE from your local HMV

3. We’ll pick a winner who will receive a Super Deluxe Merch Bundle and signed merch plus 2 M&G tickets to any of our UK shows in January!

WINNER WILL BE PICKED THIS FRIDAY MORNING