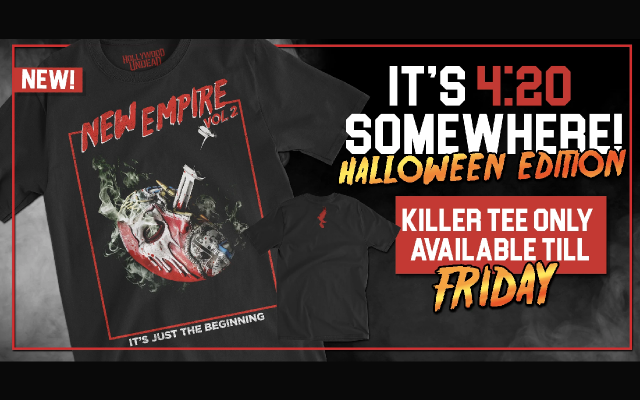 The official Hollywood Undead store are keeping their monthly X/20 drops going with a special Halloween release for October, but act fast because pre-orders are only live until October 23rd!

This month’s release features a smoking Dead Bite mask with a knife through the eye, depicted as a horror film poster for the forthcoming New Empire Volume Two, with a small red and black Dove & Grenade emblem on the reverse.  Pre-order your’s here.

Horror aficionados will note the design as an homage to Friday the 13th: The Final Chapter’s poster (seen below) – but fear not paranoid reader, the shirt is quick to tell you this is now the end, IT’S JUST THE BEGINNING-