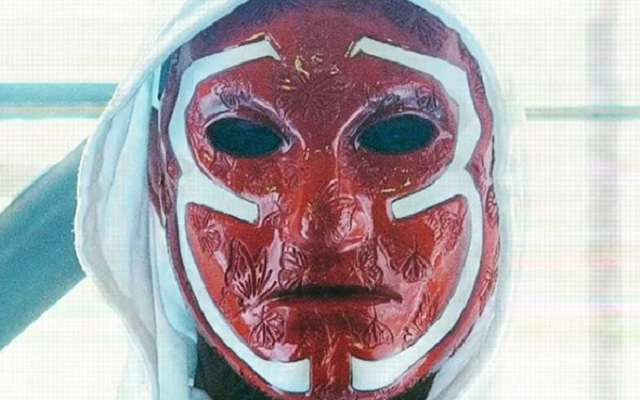 Johnny 3 Tears recently took some time to sit down with French-Canadian music blog Metal Universe. Johnny takes time to speak on the creative process behind V, tour-mates, and the first official word on the fate of former member Da Kurlzz.

You can read the original French interview on the Metal Universe site.

We have taken some time to clean up a rough English version (via Google Translate) of the article and fix some grammar/flow issues created by the automated translation process.  The verbiage may not be exactly identical to the words Johnny and interviewer Jonathan Gamache exchanged with each other, but we hope the original idea is still present after being translated from English to French and back. Read on below for more:

A few weeks before the release of Hollywood Undead’s 5th album, Jonathan Gamache was lucky enough to have an interview with Johnny 3 Tears.

MU: Since the release of your first album, Swan Songs , in 2008, you have released a new album about every two years. How do you find the time to create so much music while continuing the touring life?

Johnny 3 Tears: Actually, I’d like to publish more albums if we were allowed. We have composed several songs that have never been on albums because we are writing all the time. To be honest, by the time we’ve completed an album, we start writing the next one. We have a studio on the bus that allows us to compose when we are on tour. Also, even if we are not in the studio or on tour, I still write at home. So we always have a lot of results.

MU: Is there a song that you thought would be a success when you composed it, but was not as welcomed by the audience as you would have hoped?

Johnny 3 Tears: (Laughter) Yes! Many! (Laughs) I like your question, no one has asked me before! We wrote songs saying “it’s going to be huge, it’s going to be the best song of the summer,” but then no one else had that feeling. Our manager has already told me that if there was an exact formula for writing a hit, everyone would use it. The musical tastes of people change constantly. Rock music was number 1 in the past, but now Pop music and Country music are in front, I think. So it’s almost impossible to write a hit because musical tastes change drastically over time. All that is possible to do is to stay true to yourself and write songs on subjects that interest you and that interest your fans. If it is a hit, cool, otherwise we continue to write music. In summary, yes, we wrote several songs thinking that they would be successful, but they weren’t.

MU: Can you tell us a bit about Da Kurlzz’s departure earlier this year?

Johnny 3 Tears: There’s not much to say. He wanted to do something else. We are always friends, but sometimes the lives of people change. That is what happened in this case. Sometimes I tell myself that I do not want to go on tour and the next day I tell myself that it is not true. It’s important to stay true to yourself and do not do what we do not want. There was no anger or whatever, and we have stayed on good terms.

MU: Your new album, Five, will be released on October 27th and will be your longest album to date. What can we expect out of this album?

Johnny 3 Tears: If it were up to us, the albums would last two hours, longer than a movie, since in general we publish only about half of the songs we write for an album. This isn’t what the record companies want. They don’t want very long albums, because it’s not profitable for them. It’s unfortunate, because I would give it out for free because people will take it like that anyway, but we cannot. That being said, I know that all artists have the same conversation when they release a new album saying that “it’s their best album so far,” but I can say that it’s the best we’ve done, since the group has evolved considerably over the past ten years. I think we did a great job. We were honest with ourselves and wrote what we wanted with enough experimentation, but not to the point of wondering what we were doing. There are more rock songs and a ballad. It’s a very complete album. Personally, I leave a lot of time after completing the album before I can listen to it objectively.  I’ve listened to it several times lately and I’m very satisfied. I hope fans will appreciate it as much as we do.

MU: You have recently released two video clips, California Dreaming and Whatever It Takes, and both have been seen more than four million (4,000,000) times in less than a month. What is your reaction to that?

Johnny 3 Tears: You know, I’m not very familiar with YouTube. So I do not know whether it’s good or bad. If it’s good, then I’m very happy. Otherwise, I’m not (laughs)!

MU: Could you tell us about the creative process surrounding Five?

Johnny 3 Tears: I will speak personally, because I don’t want to speak for others. Each time it’s a little different, because each album is different. We need to ensure two things: 1) that we work together and 2) that life inspires us enough to write more songs that make sense to us. When the creation of Five began, we sat down and discussed the direction we wanted. We don’t make concept albums, but the key is to have enough experience in your own life to be able to write songs that other people will find meaningful. I think we really took the time to explore some situations we hadn’t explored before. Another key is honesty.  Five is an honest album, and we have tackled subjects that you normally would not want to discuss. Five’s writing process allowed us to go to places we had never been in the past, and it is important for a group to evolve and make different music. I am very proud of the result!

MU: Since all members of the band sing, how do you decide which member sings which part?

Johnny 3 Tears: Everyone has his preferences. Not all members of the group are involved in the writing process. First we write the songs like any band with an acoustic guitar and an acoustic bass and we plan everything before entering the studio. It’s a fairly natural process when we start to get an idea for the sound of the song. Some members are better at heavier verses and others are better at hip-hop and industrial sounds. This is done quite naturally with the tone of the voices and what is said. It is not like “you, you sing this part!”. None of that. I start songs by myself when I write them and I sing until everything is naturally connected.

MU: Two part question: Which band did you most enjoy touring with?  Which band would you like to go on tour with?

Johnny 3 Tears: Atreyu is a band that I really enjoyed being on tour with. I would also say Ten Years, and, of course, there is Avenged Sevenfold, which I loved. I loved to tour with these three groups, they are awesome guys. It’s cool when you’re on tour and you feel like you’ve known each other for a very long time. There are also other guys who are assholes, but I don’t want to talk about them. With whom I would like to go on tour? … Nine Inch Nails!  It will never happen, I understand, but I would like to watch their performance every night. I love those guys. There’s a few other bands I’d like, like the Beastie Boys, but, you know, it’s impossible. The same goes for the Beatles, but for current bands, I would say Nine Inch Nails.

MU: You’re going to be touring a few Canadian cities in the West soon with Butcher Babies. Can we hope for a tour of cities in Eastern Canada?

Johnny 3 Tears: Yes, of course! When we return, next spring, I know we will be doing the whole of Eastern Canada. We will definitely be playing some shows!

MU: Do you want to say a few words to your fans in Quebec City?

Johnny 3 Tears: I love Quebec City. It is one of my favorite cities in the world. It’s like being in Europe without actually going there. It’s “old school”, the fans are great. We have always been supported by the City of Quebec. This is one of the first cities in which we performed in front of a packed house. It will always be engraved in my memory as it was one of the first times I was told “hey, the show’s full”. I didn’t even know what it meant. I was 20 years old and I thought it was the coolest thing in the world. Thanks for the support, and we can’t wait to come back.

MU: On behalf of metaluniverse.net, thank you for your time.

Johnny 3 Tears: Until next time!