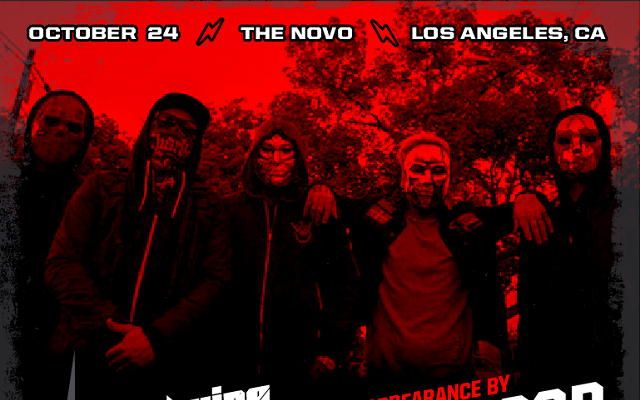 Members of Hollywood Undead will be making a special appearance at the upcoming Loudwire Music Awards show on October 24th in Los Angeles.  We aren’t currently clear on who specifically will be in attendance for the show, but fans can purchase tickets now at the official Loudwire site.

Catch us at the 2017 @Loudwire Awards! Get tickets NOW at https://t.co/Vogw9AcNVN pic.twitter.com/T2SPEooCzx

Members of HU will be joined by past and future tour-mates, including Butcher Babies, Steel Panther, and Crown the Empire, and the show will be hosted by Fozzy lead singer and WWE superstar Chris Jericho.  Fans can peep the entire lineup of performers and guest appearances below:

The biggest night in hard rock and metal is coming to @TheNovoDTLA 10/24. Will you be there? ????

Will you be in attendance?  Take to social media and give us a shout!