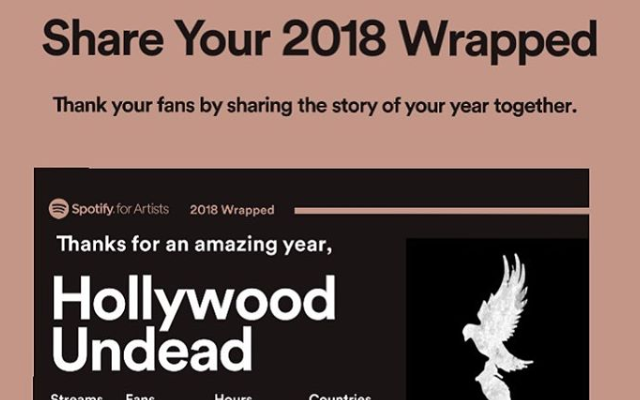 Earlier today, music streaming super-service Spotify started sending out notifications to both artists and listeners alike for their year end music statistics on the platform.

Eager fans may have even already received an email in their inbox by the time they read this giving them a breakdown of all of the music they jammed to one way or another in 2018!

Not to be left out, J-Dog took to Instagram this afternoon to share the official stats for Hollywood Undead on the service.

Hollywood Undead continued to track impressive numbers in their second year of label-independence!  Here’s a breakdown-