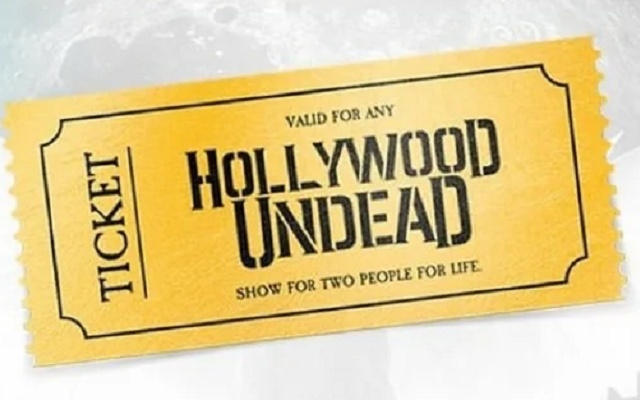 Attention all UK fans!  To commemorate the release of New Empire Volume One, Hollywood Undead have kicked off a new contest exclusive to fans in the United Kingdom.

Preordering the new album from this official site enters one for a chance to win a pair of VIP tickets to the New Empire release concert at the O2 Forum in Kentish Town on February 14th – PLUS a Golden Ticket, which grants free admission to any HU show FOR LIFE!

Only UK customers are eligible, fans can get their preorders in here to be entered for a chance to win the golden ticket now.