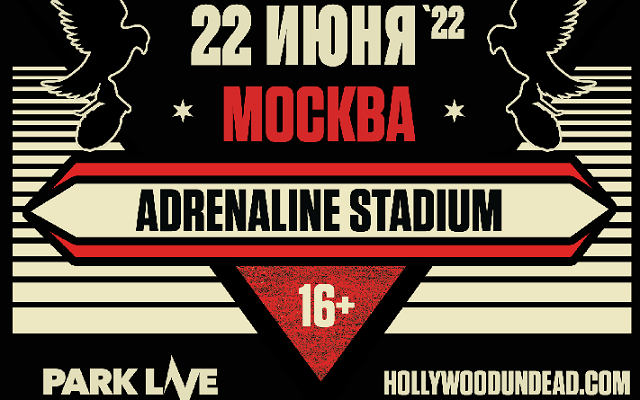 Hollywood Undead took to their social channels earlier this morning to announce a special one night show at the Adrenaline Stadium in Moscow, Russia on June 22nd – a huge deal given the band’s dominating presence in the country.  Tickets are on sale now via this official link from HU’s tour page – or check out the announcement tweet below-

JUST ANNOUNCED: Come join us for a VERY special headline show at Adrenaline Stadium in Moscow on June 22, 2022! ????