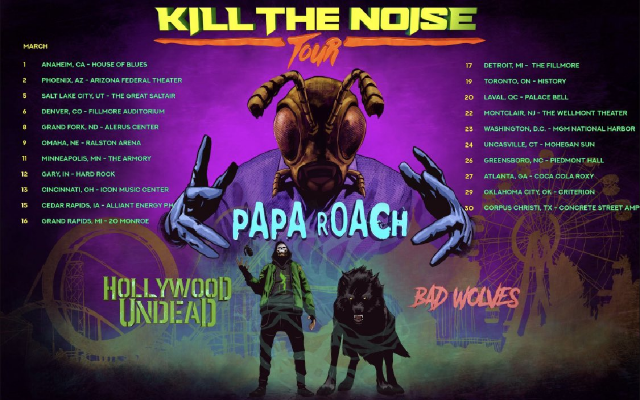 Hollywood Undead dropped a ton of tour news this week, including finally announcing dates for the US-based Kill The Noise Tour with Papa Roach and Bad Wolves, VIP upgrade options, a set of European dates with Five Finger Death Punch, and a few more one-off festival dates.  Check out the full list of announcements below-

First off is the Kill The Noise Tour, with dates across the US for the month of March.  Papa Roach had previously teased the upcoming run on social media a few weeks ago, but tickets are now available for presale on store.hollywoodundead.com using the code KILLROACH 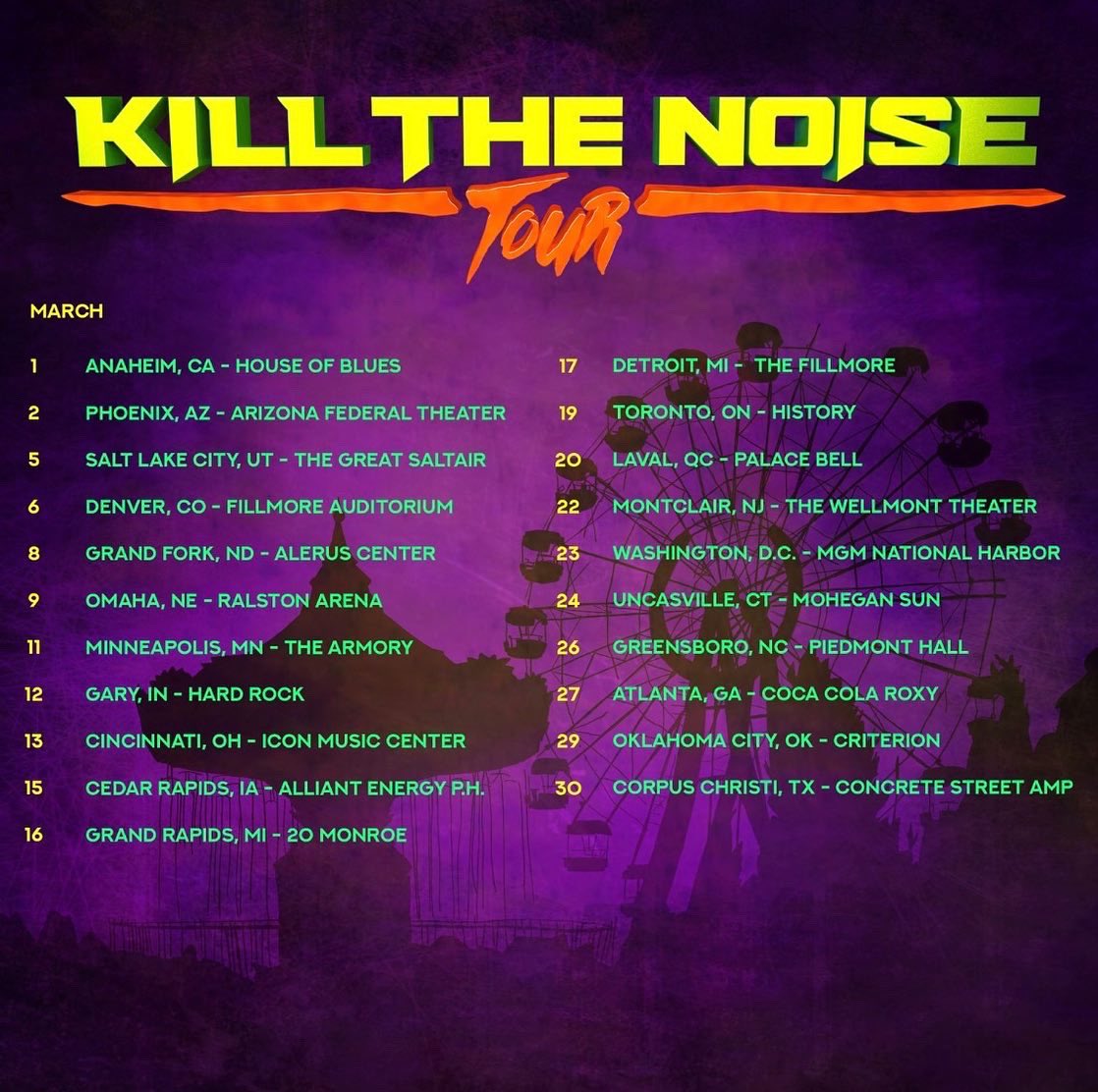 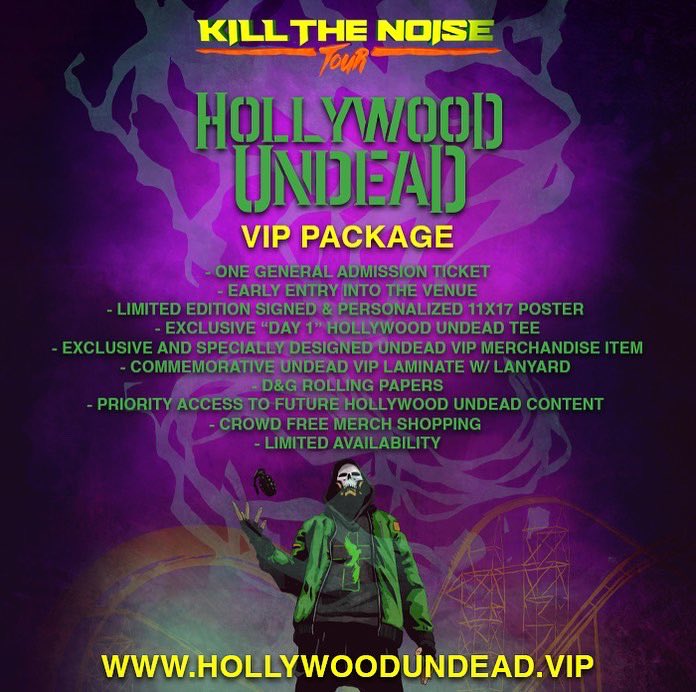 Not to be left out, Europe can also get in on the fun with a series of four dates with FFDP in late June and early July-

Finally, in addition to the three festival dates announced last week for Switzerland, Germany, and Poland – the band will also be making stops in Sofia, Bulgaria for Hills of Rock and a show at The Capitol in Hannover, Germany-

So for those keeping score at home, the full list of European 2022 dates so far includes-

Follow us on Instagram @scfndm for more news, and check out our Tour page for more info on Hollywood Undead’s upcoming tour dates.