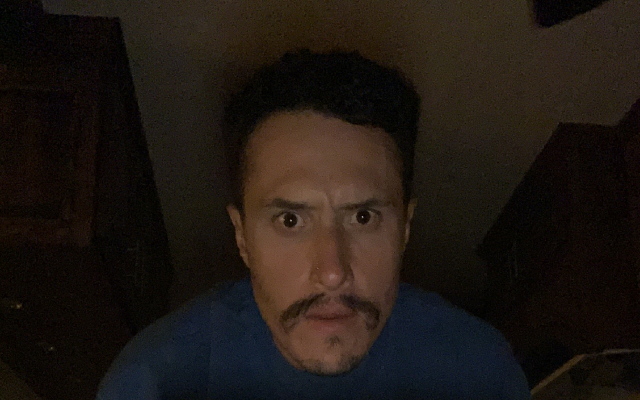 As we make our way through our backlog of interviews from the New Empire record cycle, this next piece comes from Funny Man’s Reddit AMA he conducted back in October on r/Music to promote the upcoming release of New Empire Vol. 2.  We’ve collected and organized a handful of the major question-and-answers here from the r/Music community below.  Want more?  The full AMA is still available over on r/Music as well for our readers to catch up on as well.

Funny Man from Hollywood Undead here! I’m celebrating the release of our new music video, Heart Of A Champion feat. Papa Roach and Ice Nine Kills with you guys, so Ask Me Anything!

stuffisreal13: What’s something that nobody knows about you?!

Funny Man: Well if I told you then it wouldn’t be a secret anymore.

Doomkiller7676: How are you guys doing during the shitshow known as the Coronavirus?

Funny Man: Just like everyone else we’re in this together and it only brought us closer together so things have been good besides Covid being a shit show.

Iamn0ty0uid0l: Do you play any games? Are you waiting for PlayStation 5?

BlakeTheMotherFucker: Psychedelics or happy pills? Also is it true that most of the HU members are religious?

Funny Man: We pray to gangsterism. Psychedelics are tight.

haforn13: Yo Dilly, I just wanted to ask if you keep in touch with ex-members like Matty, Aron or Jeff?

jaywill1010: Do you have a favorite song that never made it on any of the final records?

Funny Man: I think I could speak for the whole band and say yes there’s so many songs that we’ve written that didn’t make the album that will always be a favorite.

Orphanpunchers: What’s your favorite song you and the band have produced?

Slejdux: Who was your biggest influence in music? Do you listen to more heavy music genres? What’s your favourite video game?

Funny Man: Zero 9:36, I listen to all kinds of music. I don’t play video games

TheKizz307: Favorite song/favorite verse? What’s been your favorite mask of yours and out of all of them? How old do you think you’ll be when you retire from hu?

MickyBoi99: My question is how long have you been rapping for and who was your biggest idol/influence? Also what’s the most amount of weed you’ve ever smoked?

Funny Man: Charlie Scene is my idol but he isn’t an idol he’s just a gangster, oh and OutKast as well, and I don’t keep score on how much weed I smoke. I just blaze til I pass out, homie

No-Tough-5180: Why are there so few of you on the tracks in the entire history of the band?

chemicalysmic: What would you say has been the HU record that has meant the most to you personally, whether lyrically or otherwise?

Funny Man: Every record we put out, they mean the world to me! Wouldn’t dare to single out one of them. They all get equal amount of love

missglampire: Why there is no band name on the Vol2 cover? It’s so strange

UndeadCulture: What is your favourite song from Vol.2 and why?

Funny Man: Hippie Sabotage and Spark Master Tape. Favorite part about volume two is that I only got to do one song off that album.

Funny Man: [Heart of a Champion] is prolly my new fav

SgtJ3T: Who did the animation for the Heart of a Champion music video? I love it

Freydude199: What’s your personal favorite song off of Vol. 2?

Funny Man: I would have to say Ghost Out

zaulik: Are you able to tell us how many songs you’re on in Vol. 2?

CMPD2K: What inspired you guys to make the remixes as apposed to new songs featuring those artists?

Funny Man: Why not, we’ve always talked about doing it and you make so many friends in this biz touring, so why not get together and make a song.

have_no_intention: What is the story behind Dead bite and will u continue his storyline? What’s your favourite book?

Funny Man: As we open a new chapter without mask on these new records, we decided to form all of our masks into one to keep our image very much alive with having mask in our band. So that part of our life and career never goes away… What’s a book?

MummyMuma: Who is the Dead Bite guy lol

TheActual_Devil: Are we going to see more of Dead Bite?

Funny Man: Honestly, I don’t know. We’ll see in the next week or so and will have more info or you can go to his Instagram page, he has one now, I’m sure they’ll be something there for you to figure it out.

Rozie6610: My question is what’s the craziest story you have of being on tour?

Funny Man: I’m not that crazy because I’m too busy napping

SatanikRaccoon: What’s your favorite favorite song to perform live? What’s the weirdest fan interaction you’ve ever had in or out of a meet and greet?

Funny Man: War Child. I love seeing the crowd go wild for that song. Weirdest interaction is when someone try’s to grab my nalga cheek, because I don’t have any so why would they go for them.

Rysticzz: The band has changed so much since it first formed, how has your outlook on the world changed from 2005 to now and where do you see the band going in the future musically?

Funny Man: We just keep on rolling with the times and I look forward to our future change is good.

209Havok: Yo Funny Man, do you guys have any plans to re-record Swan Songs (with the proper version of Undead) and maybe some older songs like Bitches and Christmas in Hollywood? Would be great to hear them with Danny.

Funny Man: Not sure. I gotta call J3T and ask him…

stuffisreal13: What are you most looking forward to in 2021, from songs/records being released, to the possibility of shows being back on?

mazman25: When is Swan Songs 2 coming out?