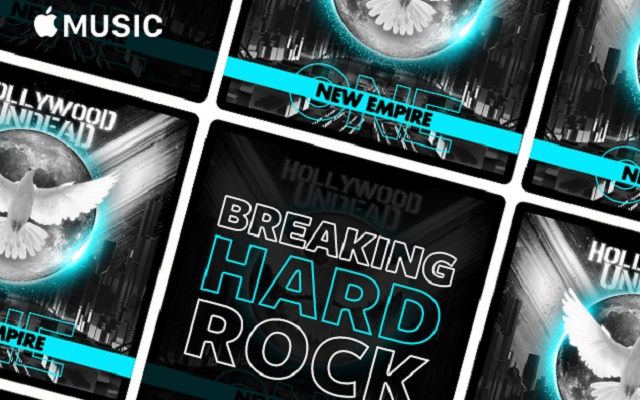 After already being featured on several major streaming services, the latest Hollywood Undead single, “Empire”, has made its way onto even more official playlists on big name streaming platforms-

In addition to already being featured on the following services-

“Empire” was also briefly streaming free on Amazon Prime Music, but as with past singles that promotional period expired and now requires listeners to either purchase the single/album on Amazon or subscribe to Amazon Music Unlimited.