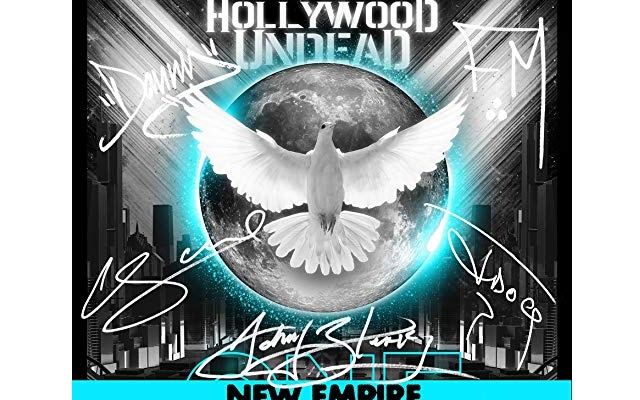 As with the last few Hollywood Undead albums, Newbury Comics is now taking preorders for autographed copies of the band’s newest album, New Empire Volume One.

CD’s with autographed booklets are available here for $13.99 USD – while autographed vinyl copies with their jackets signed by the band can be purchased here for $24.99 USD.

Vinyls are limited to three per customer, whilst CD’s are capped at five per.  Newbury currently expects orders to start shipping out on release day – February 14th.

Members of the band recently shared snippets of them signing copies of the forthcoming album – likely contributing to this batch.

This is currently the only way to order a copy of the album with signatures from the band members outside of the Amazon UK Exclusive autographed CD we shared some weeks back.