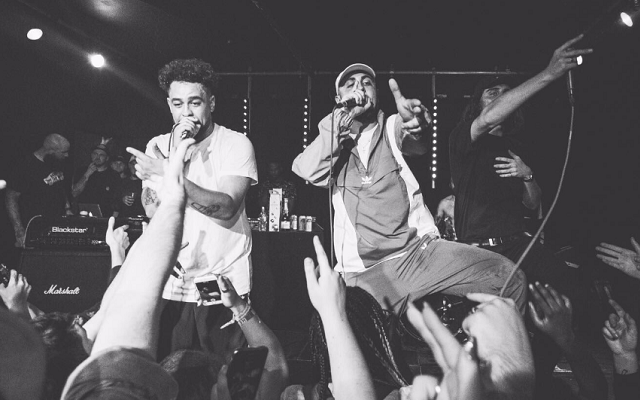 While the North American Tour is in full swing, here’s some news for next year’s 2018 European string of shows.

British punk-grime trio Astroid Boys have announced they will be opening for Hollywood Undead throughout February.  Their first show will be Saturday February 3rd at the Schlactof in Wiesbaden, Germany, from there they will stay on the tour through the end of the month before it heads out to Belarus in March.

For more up to date information on tour dates and locations as they are announced, be sure to check out our tour page!