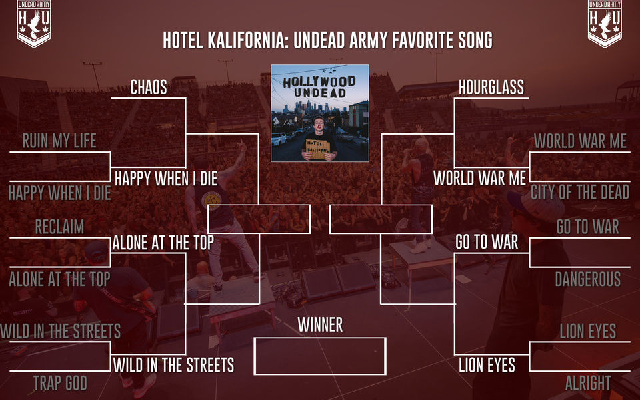 The first round of votes are in, and the quarter finals for the Hotel Kalifornia bracket battle to determine the fan-favorite track off the new album are underway.  Fans can vote now in the main feed, in addition to select voters winning a copy of the album, it has also been announced that the winning track will have all of the stems released for the community to create with.  Check out the official announcement and get your votes in for the next round here in the Undead Army app.