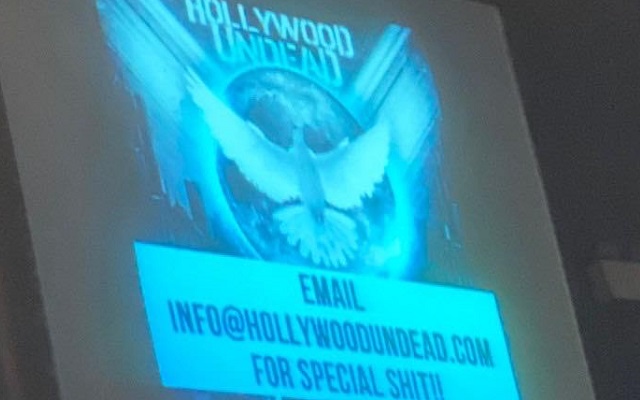 With the announcement of the Spring US Tour and some festival dates being cancelled this week, what better way to support Hollywood Undead than by grabbing some merch from the band’s official store?

We’ve found another coupon for folks to order with in addition to the QUARANTINE20 coupon code that was run as part of the HU Quarantine Confessional.

At the New Empire Volume One release show in London earlier this year, VIP attendees were shown this on the projector-

Fans who email the info@hollywoodundead.com email address will be signed up for the band’s mailing list and receive an additional coupon for 20% off orders from the store (we’ve checked, and the coupon code provided still works!), another great way to save a little while still throwing support the band’s way during all of these cancellations and reschedulings.