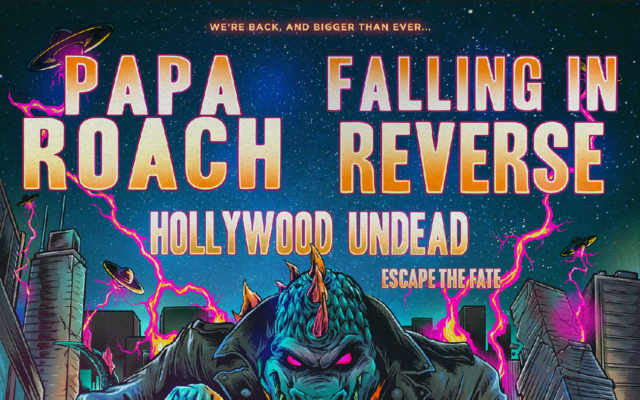 In case you missed it earlier this week, the next US tour for 2023 was officially announced (slightly early by Ticketmaster if you follow our Twitter!) – Rockzilla: The Second Leg – featuring Papa Roach, Falling In Reverse, Escape the Fate, and Hollywood Undead.