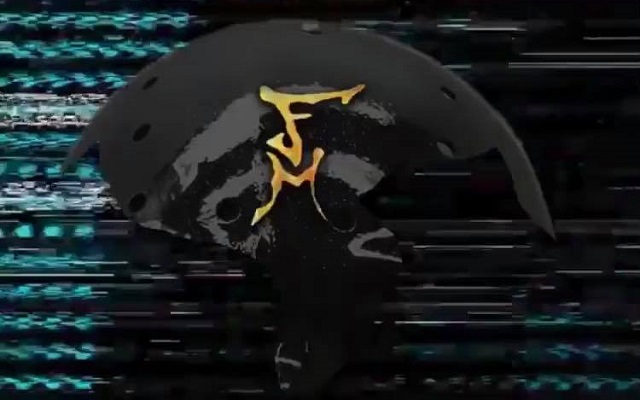 In case if you missed it on our Instagram Story a few weeks ago – it looks like the Spotify Canvas clips from the official Hollywood Undead account are hiding a few frames of something new!

The canvases display short animations to go along with the New Empire Volume One tracks “Heart of a Champion”, “Enemy”, “Empire”, “Time Bomb”, & “Already Dead”, each featuring clips from the various New Empire music videos, b-roll, graphics of the band members, and animations used in the marketing materials for the album.  Each clip also pauses for a few frames on what appears to be brand new mask designs.

Fans noticed immediately with the release of “Already Dead” that the band had appeared to ditch the masked motif entirely for this current album cycle, with several band members confirming in interviews that they were moving on creatively.  Later in 2020 Johnny 3 Tears was quick to note in some promotional interviews that they were still evaluating ways to incorporate the masks as a visual element of the band moving forward, but HU have been mum on the subject otherwise.

We’ve embedded screenshots of the stills with more analysis below, comparing what has and hasn’t changed from the existing masks the band members have used in the past.  We’d also like to take a moment to recognize our reader @ZBrittonSZN on Twitter for also catching these clips while we were working on this article.  Check out their full review of the images here!

The J-Dog mask matches the color scheme used in the red & white version of his mask from Five, but the molding around the eyes isn’t a match to the old design. The eye also features mesh fabric seen on previous HU masks, but was not present on the Five design.

The Danny mask features the return of a lot of design cues from his Notes from the Underground design, with the bullet cross over the eye having been removed from his masks all the way back during Day of the Dead.  The mesh used around the eye appears to be the same material as found in the J-Dog mask and is not a match for the material seen in high quality photos of Danny’s NFTU mask.

The Johnny 3 Tears mask almost appears to be a render mock-up due to the quality of the image and lighting, without a larger image it is difficult to say for sure.  Five was notable for being the first album to not feature a fully blue mask for J3T, but this design returns to his classic blue/white color scheme.  The carved out 3 on this mask isn’t an exact match for any previous mask, with the wide chin portion and narrow brow angle most closely matching the American Tragedy mask.

The Charlie Scene bandanna print looks like it has reverted back to a white & black design, a color scheme he hasn’t utilized since American Tragedy.  The print features his traditional LA/assault rifle combo, but the nuclear mushroom cloud hearkens back to his Day of the Dead bandanna.

The piece of the Funny Man mask we have is possibly the biggest giveaway that these are new designs.  The goalie-style mask immediately rules out reuses of any of his none-Five masks, while the hole placement does not match the Five mask mold.  King Kong’s yellow “FM” initials show up for the first time since Swan Songs, though they now appear emblazoned across the forehead of the mask.

What are your thoughts?  Easter egg for the fans?  Unused designs that didn’t end up being used?  Part of a slow puzzle-piece style reveal?  Sound off on social media and let us know what you think the deal is with these new mask pieces.  We’ve also embedded the original Spotify Canvas animations below-