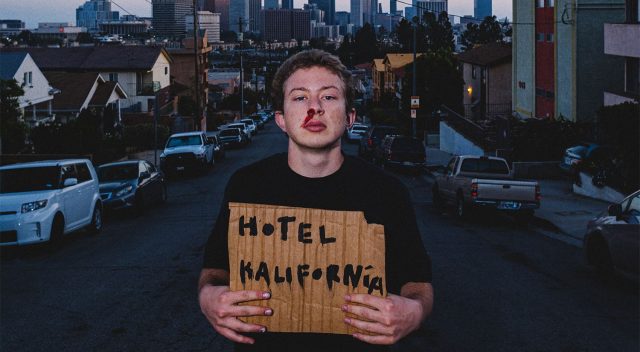 After nearly a year of teases and a handful of singles, Hollywood Undead have officially revealed their next album entitled Hotel Kalifornia.  The album features artwork with J-Dog’s nephew on the cover, and a return to classic form of 14 tracks seen on the band’s older material and includes the previously released singles “Chaos”, “Wild In These Streets”, and this week’s “City of the Dead”.

Hotel Kalifornia drops August 12th, fans can pre-save and listen to the latest singles on their streaming service of choice via this official link.