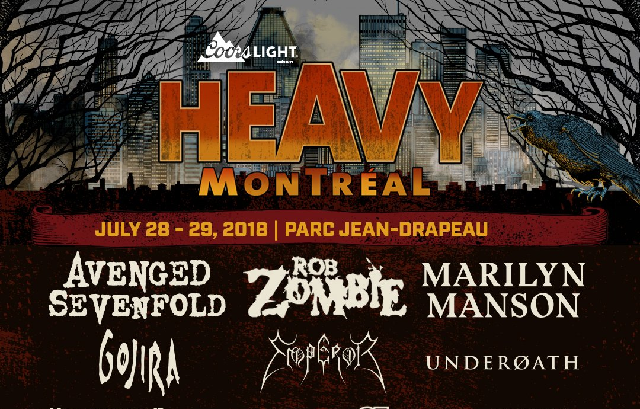 The festival announcements keep rolling in every week!  This time, the boys of Hollywood Undead are headed to Canada.  HU will join former tour-mates like Avenged Sevenfold, Asking Alexandria, and I Prevail on stage for this year’s Heavy Montreal festival from July 28th through 29th.  No word on which day the band will play yet.

Tickets will be available for presale on heavymontreal.com tomorrow at noon local time.

Check out the official announcement below-

We are ready to RAGE @heavymtl 2018!! Festival passes go on sale February 23rd at NOON via https://t.co/TN9gMER3CK pic.twitter.com/mHv4TSGsxZ