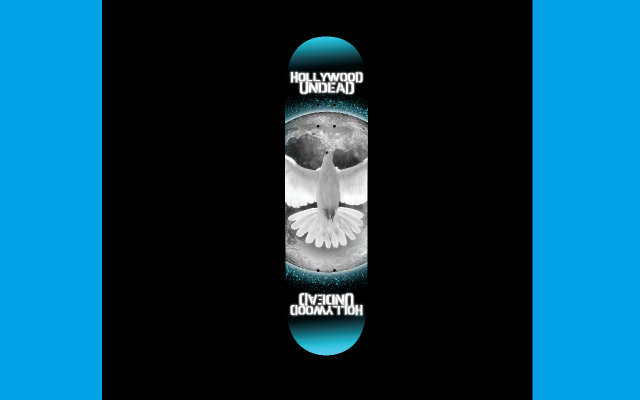 The Official Hollywood Undead Store has updated with yet another new piece of merch to commemorate the release of New Empire Volume One, this time in the form of a New Empire-themed skate deck.  The listing, available here, reads as follows-