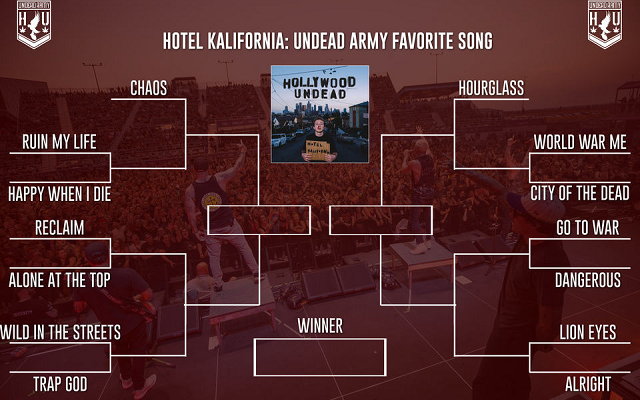 After a bit of downtime on official channels, the Undead Army app stirred with some activity yesterday.  A new bracket tournament to determine the fan favorite track from Hollywood Undead’s new album Hotel Kalifornia has kicked off.  The full initial bracket can be seen in the article thumbnail above, with the first and latest singles, “Chaos” and “Hourglass” respectively, both received byes in the first round of polling.

The first poll is now live here in the app, pitting the G-Funk tones of “Happy When I Die” against the pulsing “Ruin My Life” – voting is open to all members, and a lucky few voters will receive free copies of the album at the end of the tournament.