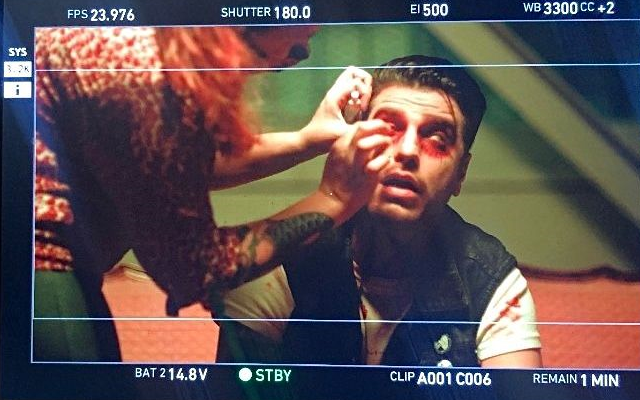 Wind the clock back to March to the before-times, as it looks like that “Heart of a Champion” remix music video, featuring Spencer Charnas of Ice Nine Kills and Jacoby Shaddix of Papa Roach we covered earlier this year seems to be on and alive.

Danny first mentioned the video during March’s show in Hannover-

Investigative fans knew something was up last week when Danny posted shots of Charnas in his stage makeup.  Subsequent social media posts over the next couple days indicated that the rest of the members of Hollywood Undead had traveled to the LA area for something.  The final puzzle piece fell into place when Shaddix was confirmed to be on set for filming.  Check out some shots and clips below and stay tuned to Scene for Dummies for more-