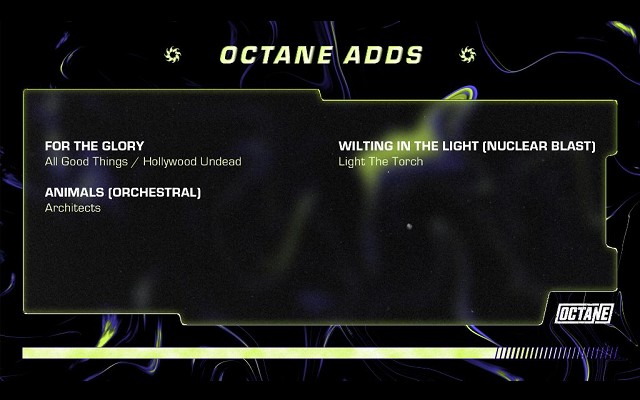 The All Good Things/Hollywood Undead collab single “For The Glory” has officially made its way into the rotation on SiriusXM’s Octane station after getting run through the station’s Test Drive program.  Check out Sirus’ original Tweet below as well as All Good Things’ reaction and some additional stats that indicate the track featuring Johnny 3 Tears and Charlie Scene of HU was the top added track on Active Rock Radio stations last week, a great bit of exposure for both bands in a year where touring is still held up in many parts of the world-