Hollywood Undead started working on their debut album in 2006, after signing a contract with MySpace Records, a joint venture between MySpace and Interscope Records. In addition to founding member Deuce, the only other producer hired for the album was Don Gilmore, mostly known for Linkin Park’s Hybrid Theory and Meteora.

During 2006, Hollywood Undead and Don Gilmore recorded numerous tracks, but the outcome was unsatisfactory in the eyes of the band. As J-Dog stated in an interview with “Gauntlet”, the band was not pleased with the creative direction of their recording sessions with Gilmore, claiming they “didn't like all the songs that came out.”

Danny Lohner subsequently joined production of the album, bringing to the table nearly two decades of experience as a longtime collaborator with other musical heavy hitters like Nine Inch Nails and A Perfect Circle. The band returned to the studio and re-recorded a handful of tracks with Lohner at the helm as producer.

Mixing concluded in late 2006, with a pending announcement from the band coming in January 2007. Johnny 3 Tears released a statement to fans expressing that at long last, the recording phase for the album was finally finished, and that the final mixing steps had begun, hinting at the possibility of a Summer release. Fans were also treated with a sneak peek of what was to come with the release “Sell Your Soul”, featuring production by the aforementioned Danny Lohner.

Summer 2007 failed to culminate in a release by Hollywood Undead, and fans began to wonder what has happening behind the scenes. The reasoning behind the delay has since been expanded upon in various interviews and statements. The head honchos at MySpace Records were not pleased with the album subject matter, with most of the tracks containing explicit sexual references and references to profanity and violence.  The label executives requested that the band re-record explicit content and drop specified songs from the album pool entirely. Hollywood Undead, not wishing to have their work censored, walked away from negotiations with MySpace Records, leaving the future of the album, and the band itself, in question.

The album release was delayed indefinitely while the band sought out a new label that would release the songs without label interference. Fortunately the band and the fans, James Diener, then label president for A&M/Octone, noticed them. He suggested that they sign a 360 contract with conditions that suited the band’s needs. In 2008, the label and the band began prepping for the release of their debut album. The future of the group and the possibility of more music still clouded with uncertainty, the band ceremoniously dubbed the album Swan Songs, a reference to the ancient myth that the swan expels a beautiful note on its last breath before death.

Hollywood Undead narrowed the pool of about 30 songs recorded for the album down to 14 for the final tracklisting, with four additional songs elected as bonus tracks for various musical outlets. These songs would later appear on iTunes under the moniker Swan Songs B-Sides EP. Three additional songs would also be collected as the Swan Songs Rarities EP in early 2010, with both EP’s contents appearing on the Swan Songs Collector’s Edition release later in 2011. For reasons unknown to the public, “Tear It Up” was removed from the album’s tracklisting, only to appear later in the compilation Desperate Measures.

Despite measured effort by the band to leave the material uncensored, A&M/Octone made two censorship-based changes to the album. The final version of “Undead” features a shortened verse by J-Dog, due to the use of homophobic slurs, though other versions of the track and live performances preserve the verse in its entirety. The second, and largest act of censorship on behalf of the label was the outright removal of the song “Dead In Ditches” due to overt usage of the word “faggot”. Despite this, the band continued to perform the song live for several years before phasing it out of their set lists in favor of newer material. 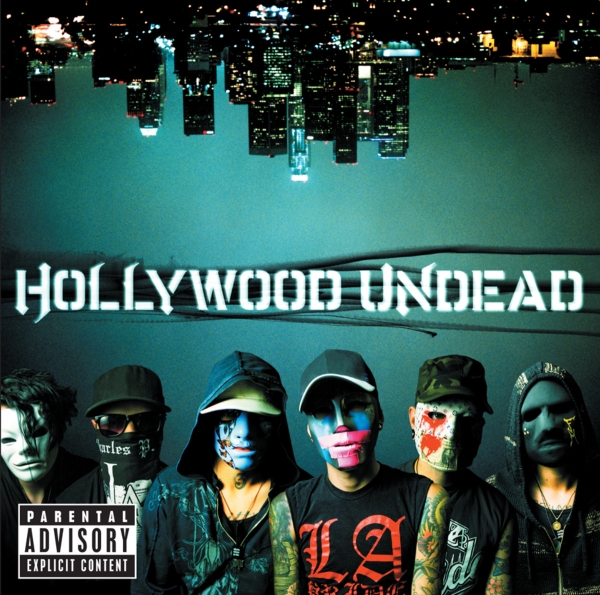 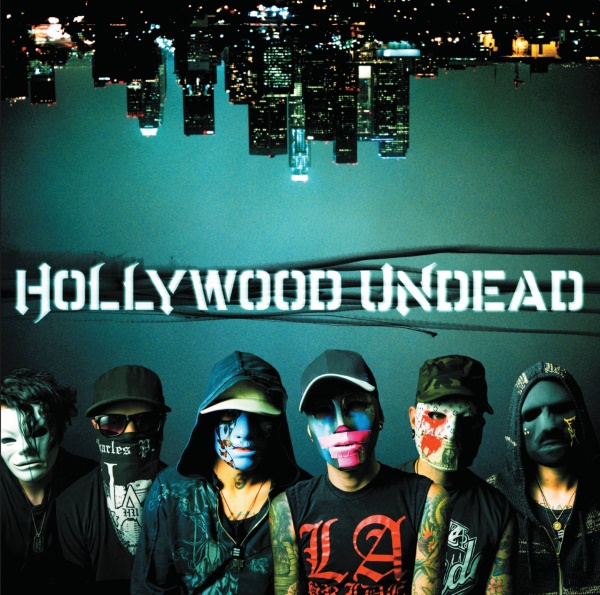 Edited version of the album. 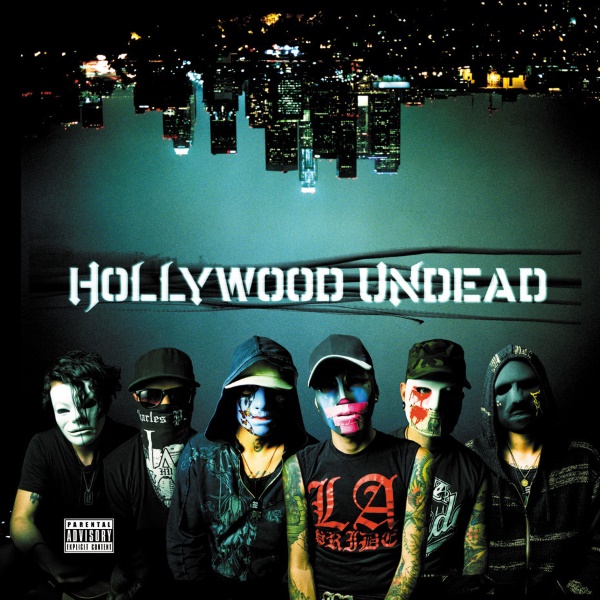 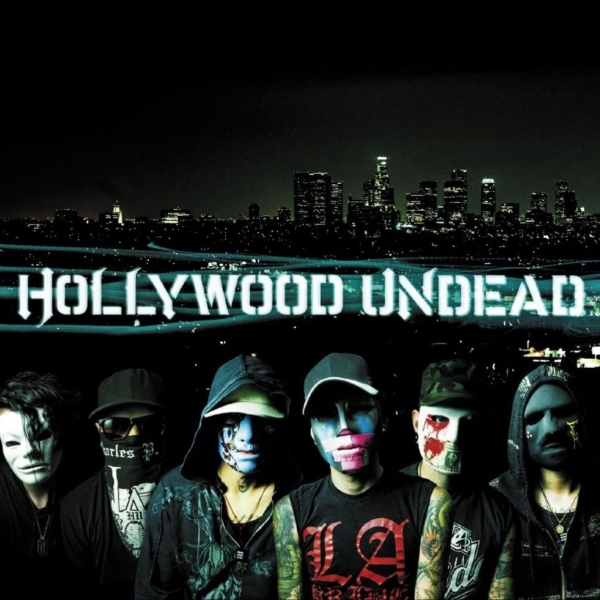 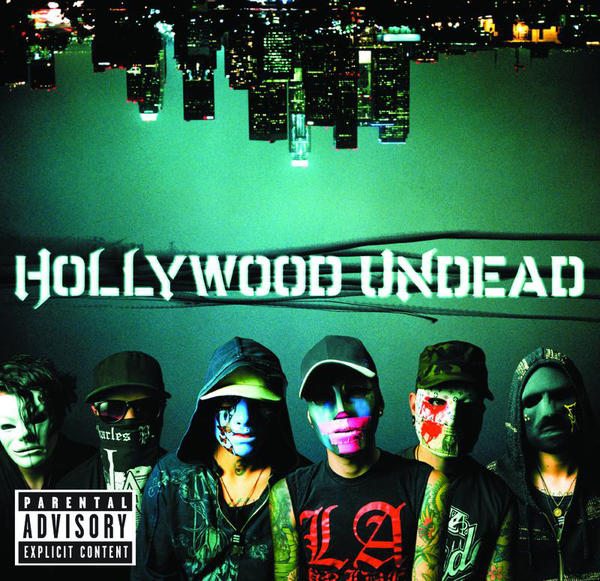 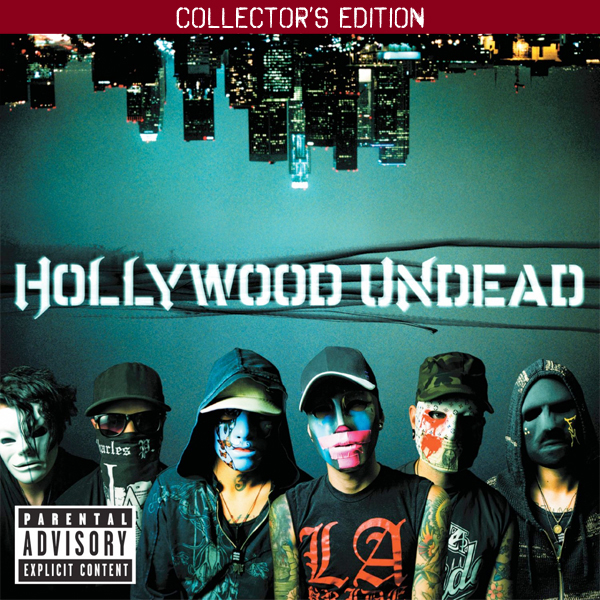 Undead (Radio Edit)
Source: Promo CD for radio play
Duration: 3:14.533
Notes: This is radio edit of the song for airplay. For radio edit song was shortened to 3 minutes and 15 seconds. There was removed 20 lines from the song, every verse was shortened, intro was shortened. Also chorus wasn't repeated between first and the second verses. Additionally, radio edit features slightly different mastering and censoring for appropriate language content.

Undead (Madden NFL 09 Edit)
Source: Madden NFL 09 videogame
Duration: 04:31:595
Notes: Undead was featured in Madden NFL 09 videogame developed by EA Tiburon released August 12, 2008. Based on full studio version of Undead it was butchered to make it appropriate for children, since ESRB rating of the game was E (Everyone). First of all, screams was removed, starting with "Undead" shouts in the beginning (Deuce singing "Undead" that was in the background of album version now became the main vocals), and background screaming in the chorus. Aggressive and explicit lyrics was removed or changed to less aggresive.

Undead (2013 Re-Recorded Version)
Source: Not publicly available
Duration: Unknown
Notes: Re-recorded version of Undead with Danny doing choruses. Existence of this version was suspected by several fans, later was confirmed by Daren Pfeifer (ex-touring drummer). It's unknown if it is will be released in the future. Band members told that they "doesn't want to spend time on this, better to record new music." Still you can hear re-recorded Danny vocals on Tele-Club's live video of Undead, released in 2014.

Sell Your Soul (Edited)
Source: Swan Songs (Edited)
Duration: 3:14.013
Notes: This version was released on Swan Songs album. Line "They want blood and they'll kill for it" was censored with bleeping out the word "kill".

Sell Your Soul (Demo)
Source: Hollywood Undead's MySpace, BEBO
Duration: 3:13.750
Notes: Demo version of the song. It was released in the end of January 2007 along with announcement that Hollywood Undead finished recording the album. Demo version features a different mixing, with guitars more louder than in album version. Different drum takes, and different synths mixing. Johnny 3 Tears screams in the chorus are dominating the others.

Everywhere I Go (Radio Edit)
Source: Promo CD for airplay
Duration: 3:31.559
Notes: This is radio edit of the song for airplay. Most of the explicit words was censored, except "bitches". Also song was mastered specially for radio.

Everywhere I Go (Ultra Clean Edit)
Source: Everywhere I Go - UK Promotional CD
Duration: 3:30.432
Notes: This is Ultra Clean edit of the song for airplay and music video broadcasting. All swear words are cencored as well as any references to drinking, smoking, and any other refrenced deemed to vulgar.

No Other Place (Edited)
Source: Swan Songs (Edited)
Duration: 3:16.613
Notes: This version was released on the edited version of Swan Songs album. Explicit lyrics was censored.

Young (New Mix)
Source: Young - UK Promotional Single
Duration: 3:15.604
Notes: This is very special one. It was issued in 2009, exclusively on United Kingdom's promotional single. It features different mixing, different drum takes, Johnny 3 Tears vocals is totally different from the album version, they are a lot closer to his natural voice.