Ever since the first teasers for Scene for Dummies hit the interwebs we’ve been hearing people asking, pondering, and just possessing all sorts of wonderment about WHAT Scene for Dummies is. Thankfully you can put those worrisome brains of yours’ to ease (or at the very least devote them to more philosophical notions, like “what DOES the ‘P’ in ‘Charles P. Scene’ stand for?”).

Our site aims to bring definitive, sourced information on all things Hollywood Undead by providing the fans with an encyclopedic knowledge base for things like album artwork, song production notes, discography trivia, tour date archives, and more.

Our goal is to smudge out the rumors and misinformation and provide you with straight up facts.
Scene for Dummies will also be playing host to a variety of articles targeted at you, the fans,
with exclusive interviews, announcements, history lessons, and countdown lists. 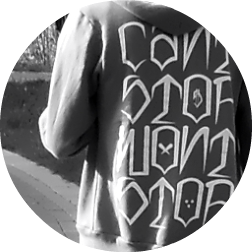 Over the last five years Vik’s name has become a household name for intrepid Undead Army fans the world over. Vik first burst onto the scene in 2009, but his tumblog “Thoughts of Undead” exploded in popularity in 2011 with the pre-launch hype of American Tragedy. Since then, Vik has provided the community with a wide array of rare tracks, curated interviews, album pre-release information, and tour announcements. For those of you in the Eastern Hemisphere, Vik also owns and operates the Hollywood Undead Daily news feed page on VK.com, the largest Russian speaking social network in the world. By day, Vik is a self-described, all-around IT guy, fresh out of university. 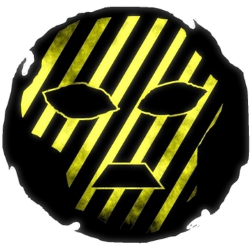 Scrub has spent the better part of the last decade bouncing back and forth between Los Angeles and Denver. His prior contributions to the Hollywood Undead fandom include providing content for famous Hollywood Undead tumblogs like HoodAsFuck and Vik Winchester's blog. His time in LA allowed him to provide the community with behind the scenes tidbits, music video shoot info, and exclusive live recordings of Han Cholo. Scrub has been participating in the Hollywood Undead community in some capacity as far back as Fall of 2008 on the original hollywoodundead.com Ning page.  In his spare time, Scrub is a computer engineer by day, and also writes reviews for various PC titles on the Steam Community portal and shares pictures of his ever-growing Transformers collection on Twitter. 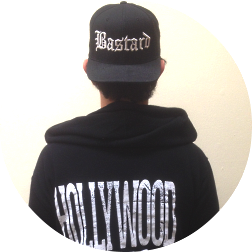 German became a hardcore Hollywood Undead fan following the release of American Tragedy.  His involvement in the fanbase spiked significantly in 2014 with the start of the @undeadpridehu Instagram account, which now boasts over 5,000 followers and is known for its quality HU-related content.  Hollywood Undead themed shenanigans aside, German is currently seeking a college degree.  He also enjoys playing drums and guitar as a personal source of entertainment.  As evidenced by his contributions to the Hollywood Undead community and Scene for Dummies, German is an established video producer and graphic artist, supplying quality content for both our site as well as other projects.

UNDEAD TILL THE DAY WE DIE
Contact us: team@scnfdm.com